telepathy ........'communication of thoughts or ideas by means other than the known senses'
Go to Mental Illness

People who experience “auditory hallucinations”, ie who hear voices, are often diagnosed as having a mental illness by the medical profession.  Some such people have a long-term mental disorder of a type involving a breakdown in the relation between thought, emotion, and behaviour, leading to faulty perception. They might then be treated according to specific therapeutic protocols or treatment guidelines, and be labelled as suffering with a chronic illness like schizophrenia.

Many people in prominent positions of the world stage have been reported to hear voices and engage in telepathy.

The queen of England is reported to have communication to the Gods when wearing the crown on her head.
Other notable people include Gandhi, Winston Churchill, Alexander the great, Socrates, Carl Jung, Sigmund Freud. Such examples clearly illustrate that some significant folks have been documented to have heard voices from external sources during their lifetimes.  We believe there are some crucial questions that deserve answers: 1. Why isnt there always a factual explanation as to why people hear voices? 2. Do all people who hear voices, and are diagnosed with a chronic mental illness, need long-term medication? 3. Despite being diagnosed and treated conventionally, why do so many such people fare so badly?

Go to Mediums and Psychics

Go to Ancient Civilisations and Religion

The oldest civilisations on planet earth, such as the Sumerians, tell us that they understood that evil spirits, demons and the ginn actually exist, are real and can affect and alter the human psyche.  Could such evil spirits and dark force entities be the real cause of the auditory hallucinations that some people are experiencing? There is certainly a huge growth in reported cases of mental illnesses around the world.  Some such illnesses manifest in all cultures, countries and races.

Hearing voices makes It difficult for a person to distinguish between what is real and unreal.
To think clearly, and to behave in socially acceptable ways, hallucinations are usually meaningful to the person experiencing them.

Many times the voices are those of someone they know or think they know.

Most of the time the voices are critical, vulgar, or abusive and suggest doing negative things.

If you have found this website then you can be sure it's not a coincidence!  Maybe you are suffering yourself, or maybe you are a friend or relative of someone else that is suffering from a chronic mental illness? Maybe we can help you?  The techniques we employ do not involve taking medication, and many people we have worked with can verify that our approach has helped them.  We are currently looking to engage with the medical profession and hope to work alongside them in appreciating that some people with mental illness may be helped by approaches involving the spiritual dimension.  Our vision is to educate, collaborate and research the subject, and our mission is to support people whose quest is to better understand and resolve the voices that they are hearing.

Watch the clip below:

Film trailer of a real live event to help a person hearing voices. The subject had been hearing voices for 23 years, been sectioned, tried to commit suicide, and in a 1 hour session all symptoms of intrusive voices were resolved.

There certainly seems to be a huge explosion in people that are now experiencing these negative voices and this is being reported across the planet.

This epidemic is swamping the medical health system and appears to be getting exponentially worse.
Current treatment is with antipsychotic medication
Antipsychotics are thought to work by altering the effect of certain chemicals in the brain, called dopamine, serotonin, noradrenaline and acetylcholine. These chemicals have the effect of changing your behaviour, mood and emotions. Dopamine is the main chemical that these medicines have an effect on. 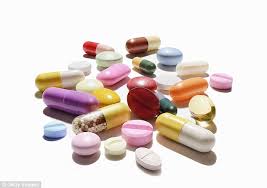 Could the source of hearing voices and other unexplained illness such as Tourettes syndrome be spiritual in nature rather than physical?
Religions of the world teach us that non-physical entities exist in our reality and are able to manipulate our senses whilst we are awake and conscious, and also in our subconscious dream state. All religions teach us evil entities and demons afflict humanity from a dimension unseen by the human eye…..Spirit attachment is the term used to describe the presence of entities “attached” to a living person who affect the person’s thoughts, actions, emotions or behaviours to some degree. 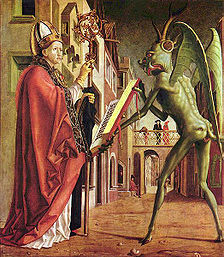 There is no known cause put forward by the medical profession or science.

Antipsychotic medication can help people with the symptoms of this problem.

Religion and ancient civilisations indicate evil entities operate in other dimensions we can’t perceive with our normal senses and they can and do manipulate our mental state and can also speak to us using telepathy.
Maybe science will one day catch up with the spiritual dimensions. 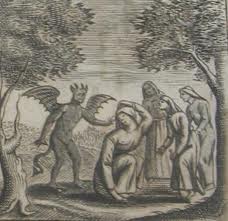